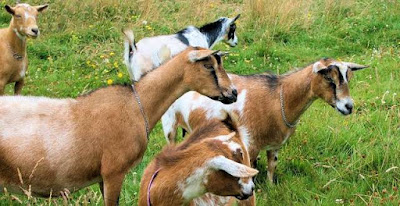 Three men who allegedly stole seven goats valued at N70,000 were on Tuesday brought before an Okitipupa Magistrates’ Court in Ondo State.

The accused - China Lawrence, 23; Rapheal Toriola, 21; and Eniola Amoo, 33, — of no fixed addresses and without specific occupations, are facing a three-count charge of conspiracy, felony and stealing.

The prosecutor, Insp. Zedekiah Orogbemi, said that the accused committed the offences at Igodan, Okitipupa around 12:00 a.m. on Oct. 15.


The accused, however, pleaded not guilty to the charges. The Magistrate, Mr Banji Ayeomoni, granted the accused bail in the sum of N30,000 each, with a surety each in like sum.

Aiyemomi said that the sureties must show evidence of of tax payment for one year. He adjourned the case until Dec. 8 for further hearing.