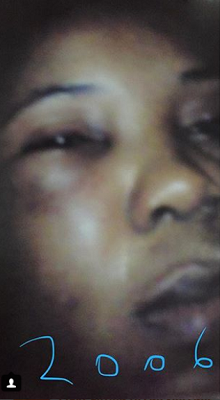 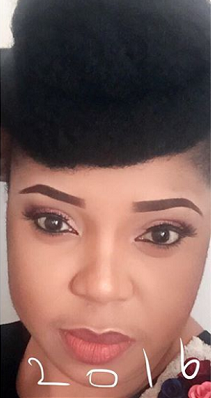 Mercy Makinde, a Nigerian writer has taken to social media to share her domestic violence story saying no gender deserves to be abused and talked about her own personal experience. What she wrote below;

Years ago I was a Victim today I AM A VICTOR! It took 10 years for me to heal...10 years to find myself!

Yes, the damage of Violence is long term and grave and can leave you permanently scarred. The trauma could last a life time!
.
I am just one out of the lot! Yes, many women still suffer Domestic violence because it remains widespread and is often considered "socially acceptable” in Nigeria. This is the reason family, friends and even some religious bodies do not see domestic violence as such a big deal.

They would even say it is the fault of the woman. She would be advised to keep her tongue in check, as that is often the factor that ignites the provocation of an abuser from the standpoint of an average Nigerian.

The truth is, Domestic violence is an organic behavior; there is no direct cause. Victims often blamed themselves, as they are often times made to believe they are the cause. So they always have to walk on eggshells, as inconsequential infractions would often lead to unwarranted agitation and eventual pummeling.

But Domestic Violence IS NOT A RESULT OF PROVOCATION. I’m writing this in capital letters and I hope it sinks in! Violence and Abuse is a tool used to enforce control and fear in a relationship or marriage and not a momentary expression of anger.

So it is not about what the women did it is more about the way abusers are…just like you don’t have to do anything to be raped by a rapist!

These are men who have lost control of their senses and are overwhelmed at the slightest provocation.

So stop judging victims by saying they were battered because of an imagined, perceived or rumored wrong or asking them annoying questions like “what did you do that made him beat you”. Questions like these are unintelligent and insensitive.

I am a Victim turned Victor ready to help other victims. Join in , let's make a difference! .