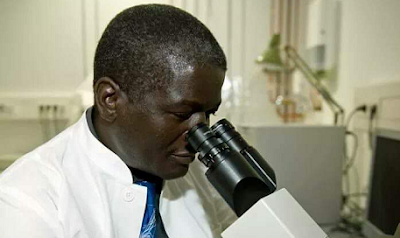 The Governor of Kaduna State, Nasir El-Rufai, has expressed shock over the death of Jonathan Nok, the Commissioner for Education, Science and Technology, who died in the early hours of Tuesday in Kaduna.

Although details of his death is still sketchy, a source at the Kaduna Government House said the commissioner died after a brief illness.

An official of the state said he fell ill over a few week ago, was hospitalised and discharged last week after he recovered and was to resume work Monday, before suddenly relapsing.

Mr. Nok, a professor, was the top official who supervised the controversial test leading to the sack of over 21,000 primary school teachers in Kaduna state. He had expressed disgust at the performance of the teachers in the competency test.


The teachers’ sack generated heated debate among Nigerians and also led to the Nigerian Labour Congress, last week threatening to lock down Kaduna in protest.

While describing Mr. Nok as one of the best the country has produced, and one of the most committed persons to have served Kaduna State, Mr. El-Rufai said he was ”a man of intellect, ability and deep conviction who will be sorely missed.”

“A pillar of the cabinet, a man as distinguished in learning as he was a capable administrator, adept at getting things done and dedicated to the progress of the state.

“Professor Nok was one of the best this country has produced, and one of the most committed persons to have served Kaduna State. He was steadfast, rigorous and very successful in implementing our project to improve health and education in the state. He will be sorely missed,” the governor said.

Mr. El-Rufai has led members of the State Executive Council to visit and commiserate with the Nok family.