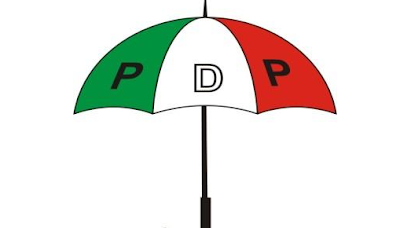 The Peoples Democratic Party (PDP) remains unsettled as it heads for its December 9 convention.

National chairman aspirant Prof. Tunde Adeniran has kicked against the list of panelists to conduct the ward delegates’ election ahead of the convention. He has petitioned the leadership.

The party’s National Executive Committee (NEC) meeting has been fixed for Abuja to ratify the list, among other decisions on the convention.

Adeniran said many members of the committee are sympathisers and supporters of Prince Uche Secondus, another chairmanship candidate.


In the Southwest, the faction led by Chief Makanjuola Ogundipe is laying claim to legitimacy. The leadership recognises Dr. Eddy Olafeso as the Vice Chairman (Southwest). Makanjuola is threatening a law suit should his faction be denied participation at the convention.

In Oyo State, a meeting on Sunday to settle the differences between the two factions on Sunday broke up in disagreement.

The director general of Adeniran’s Campaign Organisation, Alhaji Shehu Gabam, said the peace accord entered into by the eight chairmanship aspirants is threatened.

“It is an indirect way of short-changing other aspirants. The spirit behind the MoU we signed has been violated, not by the aspirants but by the party managers,” Gabam said.

The Adeniran camp said: “Now you have just one chairmanship aspirant having his men deeply entrenched in a system that would determine how the delegates will emerge.

“The party created the division among the aspirants. The party should provide equal base for all aspirants and I want to say that we disagree with the composition of this list.”

Adeniran urged the party leadership to shun impunity and imposition of candidates, saying PDP must learn from past mistakes.

The camp yesterday rejected the call by the Ekiti State Governor Ayo Fayose for shadow primary elections for aspirants from the South West, saying the governor had already taken sides.

Ogundipe told reporters that the faction remained the authentic executive in the zone based on a subsisting court judgment.

Ogundipe said the continued recognition of Olafeso as Vice Chairman (Southwest) ran foul of the law as there had been no superior order to nullify the subsisting Abuja court judgment.

“We are the authentic Southwest zonal executive of the PDP, based on a subsisting court judgment and we want the party to accord us the due recognition.

“Any other group parading themselves as exco from the zone is committing an illegality as there has been no better judgement to nullify the court judgement affirming us as the authentic executive.

“Moreso, the subsisting court order restrained Olafeso and his group from participating in the Dec. 9 national convention.

“We do not want to constitute any problem to the convention and that is why we are saying the party should operate in accordance with law and allow us to present delegates from the zone.

“In the event that we are excluded, just as we were at the non-elective convention in Port-Harcourt, we shall take the necessary legal action, and that will affect the party in the long run,” he said.

Ogundipe said the Supreme Court judgment affirming Sen. Ahmed Makarfi as Caretaker Chairman did not nullify the leadership of his faction in the zone.

He urged all stakeholders to abide by the rule of law in order not to jeopardise the progress of the party.

Ogundipe cleared Chief Olabode George of any involvement in the leadership impasse in the zone.

He said an all-encompassing meeting of stakeholders in the zone, including national chairmanship aspirants, would soon hold, to decide on a united position of the zone to the convention.

Olafeso, in a statement yesterday said the Southwest PDP did not micro zone the chairman’s post.

He denied that the Southwest executive at its last meeting with stakeholders directed that national chairman aspirant must come from a particular state.

“This is patently false as no such decision was taken. We only zoned other offices that were zoned to the Southwest among all the states in the region and this action is traditional.

“The position of national chairman and deputy national chairman is zoned to the southern states and, as such is beyond the scope of the South West zone to unilaterally adjudicate on. We declare that all those gentlemen that have signified their intentions to contest for those positions remain at liberty to continue to prosecute their ambitions without hindrance.”

The attempt to resolve the crisis between the two factions in Oyo State failed at the weekend.

Senator Rashidi Ladoja called a parley in his home on Sunday but it ended in a stalemate as the faction led by Seyi Makinde, Hon. Mulikat Akande-Adeola, Alhaji Hazeem Gbolarumi and Senator Hosea Agboola rejected the terms of truce.

At the meeting, the representatives of the Makinde faction – Akande-Adeola, Agboola and Hon. Kehinde Ayoola- rejected the offer of a position for Akande-Adeola and Agboola to appease the faction.

The faction, it was learnt, insisted on harmonisation that will see both factions have almost equal number of slots in the State Executive.

The National Caretaker Committee invited Ladoja for a resolution. Ladoja was said to have promised the committee that he would resolve the crisis.  His promise made the national leadership to stop its intervention. The committee also considered the fact that both factions accepted the former governor as the leader.

At the Sunday meeting were also Sen. Femi Lanlehin, Chief Yemi Aderibigbe and Sen.  Ayo Adeseun from the Ladoja faction.

The meeting, which lasted for over two hours, failed to resolve the problem, with each camp not ready to shift grounds.

It was learnt that Makinde also rejected the two slots already given to him, saying he should have been allowed to present his own candidates.