Sylvester Stallone Denies Claim He Ever Assaulted A 16-Year-old 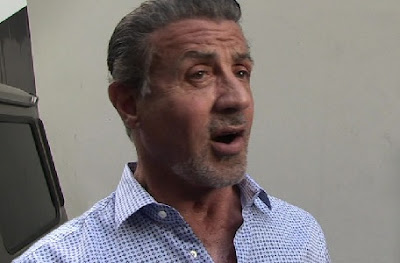 Sylvester Stallone is vehemently denying an allegation he sexually assaulted a 16-year-old girl back in 1986 while he was in Las Vegas.

The claim is based on a police report in which the alleged victim said Stallone, who was 40 at the time, invited her up to his room at the Las Vegas Hilton. She claims he had sex with her, and then asked if she'd ever had sex with 2 men at the same time.

According to the police report, published by the Daily Mail, the girl claimed Stallone's bodyguard then came out of the bathroom and she was forced to perform oral sex on him and Stallone. She claims Stallone threatened to "beat her head in" if she told anyone.


Stallone's spokeswoman Michelle Bega tells TMZ ... "This is a ridiculous, categorically false story. No one was ever aware of this story until it was published today, including Mr. Stallone. At no time was Mr. Stallone ever contacted by authorities or anyone else regarding this matter."

It's not uncommon, especially with a minor involved, for police and prosecutors to pursue a case without an alleged victim's cooperation. However, Las Vegas PD says they could not go forward in this type of case when the victim is refusing to cooperate and move forward with charges.