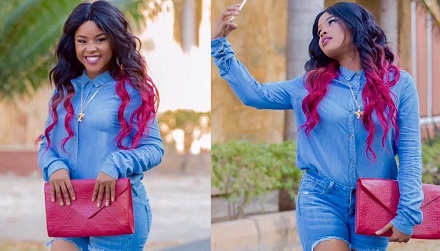 Elizabeth Michael ‘Lulu’ has been sentenced by a Dar es Salaam court for the death of Steven Kanumba. The lass was Kanumba’s girlfriend at the time of his death.

For starters, Bahati used to be obsessed with Elizabeth Lulu before Diana Marua came into the picture. The Kenyan gospel singer confessed he traveled to Dar es Salaam in November 2016 to meet Lulu but the Tanzanian actress gave him the cold shoulder.


he court heard that Steven Kanumba and Lulu who were lovers. The court found Lulu guilty after it was determined that she was the last person to leave the deceased’s house on April 7th 2012 when he died.
Kanumba’s younger brother Seth Bosco told the court that Lulu had an altercation with the deceased on that fateful day. He explained that the two were quarreling because Lulu picking up a call from another man in the presence of the deceased.

Bosco further reveals that Lulu came out of the room and informed her that Kanumba had fallen. The two called a doctor who declared Kanumba dead after examining him

Lulu’s lawyer Peter Kibatala requested the court to pardon his client. He argues that she committed the crime when she was still young.

The High Court however found Lulu guilty of unintentionally killing Steven Kanumba. Kibatala vowed to challenge the ruling even as Lulu was sent to prison to start serving the two year term.