US Citizen Arrested In Zimbabwe, Accused Of Insulting Mugabe 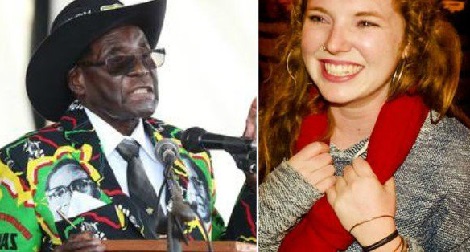 Zimbabwe police have charged a United States citizen with subversion for allegedly insulting President Robert Mugabe on Twitter as a "sick man," lawyers said Friday. The offense carries up to 20 years in prison.

It was the first arrest made since Mugabe last month appointed a minister for cybersecurity, the Zimbabwe Lawyers for Human Rights said, a move criticized by activists as aimed at clamping down on social media users. Zimbabwe was shaken last year by the biggest anti-government protests in a decade.


Police accuse O'Donovan of tweeting "We are being led by a selfish and sick man," from the Twitter handle @matigary, said her lawyer, Obey Shava with Zimbabwe Lawyers for Human Rights. The tweet had a photo illustration of the 93-year-old Mugabe with a catheter, the charge sheet said.

O'Donovan has been charged with undermining the authority of or insulting the president, Shava said. She later said O'Donovan faced additional charges of subverting a constitutionally elected government.