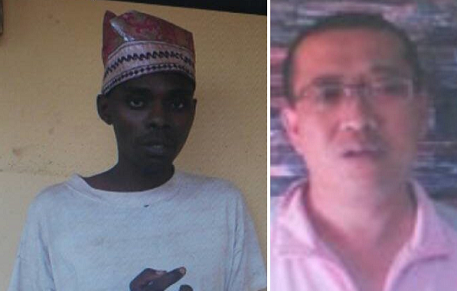 The police in Ogun yesterday said a Chinese, Lee Qiang, kidnapped on Monday along the Lagos-Ibadan Expressway has been rescued.

Qiang was kidnapped by six armed men around 5pm at Ogere while he was on his way to Abeokuta, the state  capital.

It was gathered that the Chinese was rescued Tuesday morning by operatives of the Federal Special Anti-Robbery Squad (FSARS) in Ogun, who engaged the kidnappers in gun duel.

According to the spokesman for the command, Abimbola Oyeyemi, an Assistant Superintendent of Police  (ASP), the police overpowered the kidnappers, who fled with gunshot wounds.


However, Oyeyemi said one of them was arrested by the FSARS team led by Uba Adam, a Deputy Superintendent of Police (DSP).

He said: “The man was going to Abeokuta from Kogi when they kidnapped him. He was in his vehicle with his driver. They kidnapped him for ransom but they were unable to get it because they were immediately hunted.

“The Commissioner of Police Ahmed Iliyasu dispatched operatives of the FSARS to the scene with a clear instruction that the victim must be rescued unhurt and the hoodlums apprehended.

“The team swung into action, combed the entire area and later located the hideout of the kidnappers. On sighting policemen, the hoodlums engaged them in gun battle at the end of which one of the suspects was arrested while others escaped with gunshot injuries.

“The victim was rescued unhurt. The arrested suspect is currently helping the police in their investigation, while the victim has been reunited with his people.

The Commissioner is appealing to the public, especially hospitals and health workers to report any body with bullet injuries if seen in their area.”