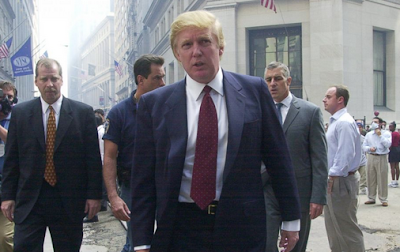 President Donald Trump called the murderous spree by a rental truck driver in New York City on Tuesday "another attack by a very sick and deranged person," sent condolences to victims of what the president referred to as a "terrorist attack," and pledged to step up extreme vetting of those seeking to enter the U.S.

Trump warned in a tweet after being briefed by his chief of staff John Kelly: "We must not allow ISIS to return, or enter, our country after defeating them in the Middle East and elsewhere. Enough!" His tweets below... 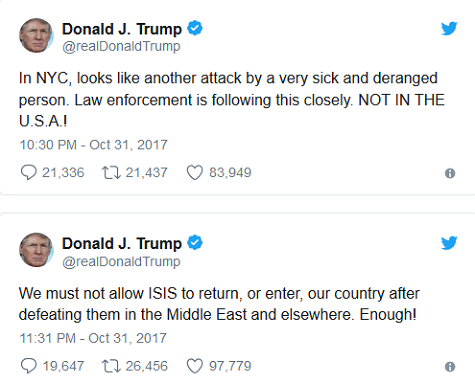