5 Years After, US Captures Man Involved In Killing Of 4 Americans In Libya 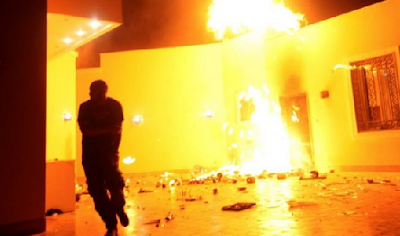 US forces have captured a man accused of involvement in the 2012 attack on an American compound in the Libyan city of Benghazi, President Donald Trump said.

Mustafa al-Imam was seized in Libya, the president said in a statement.

Mr al-Imam is facing charges including murder. The US ambassador and three other Americans died in the incident.

During last year's election campaign, the raid became a focus for Republican attacks on Democratic candidate Hillary Clinton. She was secretary of state when the compound was targeted in September 2012.