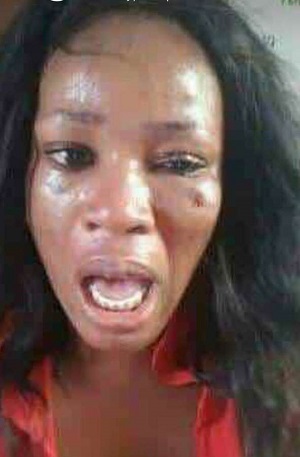 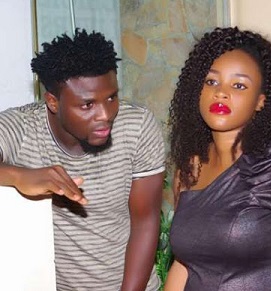 Bose Alao-Omotoyosi has kept mum over a photo that circulated few days ago on social media. The photo was circulated with a message that her footballer husband,  Razak Omotoyosi allegedly battered her.

According to sources, Razak is fond of battering the mother of his four children, but since the photo of his alleged latest act circulated, it means Bose is ready to move on. She is saying enough is enough.

Though Bose and Razak have kept mute over the incident, Bose however stylishly confirmed it, when she was asked to speak on the photo. She simply says her lawyer has advised her to keep quiet and she is taking his advice.

Just March 21, 2017, Bose publicly on her instagram page called out Bidemi Kosoko, a fellow actress to stop sleeping with her man. It was alleged that Razak rented an apartment for Bidemi that serves as their love den and words got to Bose. Actualy, Bidemi won't be the first actress linked to Razak, many have been linked to him in the past, thanks to soft sell magazines, before the Forums boomed! lol.