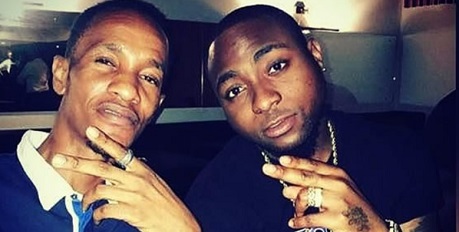 In a chat with Saturday Beats, late Tagbo's, brother, Chigbo expressed how he would miss his brother, and debunked the news that their mother has stroke. He also said Davido didn't attend the burial and neither did he send a representative.

He said, “My brother was buried on Friday and it is so sad that we have lost someone with a big heart. However, Davido was not present at the burial neither did he send a representative but at this point, we have no comment on that.”

“I would also like to use this medium to correct the notion that my mother has stroke because she doesn’t. We saw the report online but it is not true.  The burial ceremony went well. I would miss my brother a lot because he had a big heart. He was not only my brother but a lot of people’s brother as well. Through my late brother, I have made a lot of friends turned brother and despite his death, I hope to still keep these wonderful people as my brothers. My sister in the UK came down for the burial. For now, we just finished burying my brother and we would want the dust to settle.”