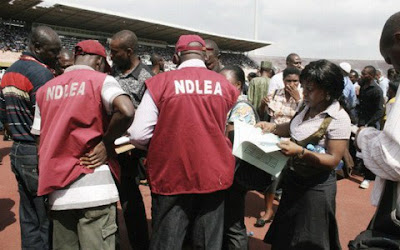 Three operatives of the National Drug Law Enforcement Agency (NDLEA) have been shot dead by gunmen in Okene.

The Commandant of the NDLEA in Kogi, Idris Bello, told reporters on Sunday in Lokoja that the three operatives were gunned down while on patrol.

Mr. Bello said that gunmen came on foot and that the incident occurred close to the main gate of the Federal College of Education, Okene.


He identified the operatives killed as Nicholas Onwumere, Ebun Peters and Abdulrahman Musa.

The commandant explained that the NDLEA officers were on duty alongside their three other colleagues when the gunmen struck.

Mr. Bello said that the officers died on the spot, while the three other colleagues escaped unhurt.