Farmer To Die By Hanging For Stealing N170, Phone 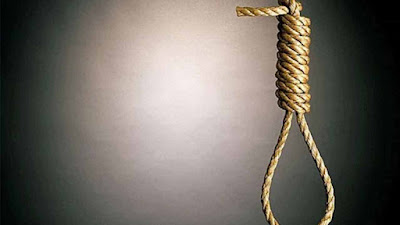 For allegedly stealing a Nokia mobile telephone valued at N5,000 and a cash sum of N170, a 38-year-old farmer, Mr. Francis Williams, has been sentenced to death by hanging by an Oleh, Delta State High Court, presided over by Justice A.O. Akpovi.

Akpovi sentenced Williams to death having found him guilty of the charge of armed robbery punishable under section (1(2)(a) of the robbery and firearms (Special Provision) Act Cap RII Volume 14 Laws of the Federation, 2004.

The court also found the farmer guilty on the charge of wounding with intent, which got him a life sentence and illegal possession of firearms with a sentence of 10 years imprisonment respectively.


The convict had on June 4, 2014 at a Palm Kernel Farm located at Ewu in Ughelli South Local Council, robbed one Mr. Noah Ovie and his assistant while armed with a cut-to-size locally-made gun.

According to the prosecution witnesses, nemesis caught up with the armed robber who was on a solo mission when he was in the process of robbing them of other valuables as the two victims summoned courage and overpowered their assailant. In his desperation to escape after being apprehended, he bit off one of the fingers of the former Councillor, Noah Ovie, but his escape bid was foiled by passersby, who rushed to the scene and held him down before handing him over to the police.

The accused, who made a voluntary confessional statement to the police, admitted to have committed the offense but retracted same during trial. He called no witness but testified for himself while the prosecution called four witnesses in proof of its case.