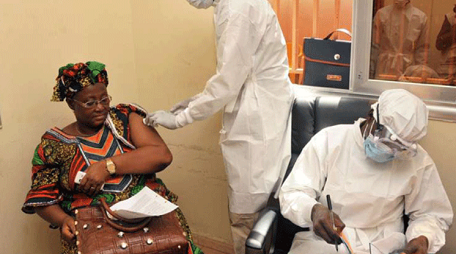 Two experimental vaccines against the Ebola virus have shown promise in protecting against the haemorrhagic fever for at least a year, according to the results of a major clinical trial published Wednesday.

The report in the New England Journal of Medicine is the first full account of a large-scale effort to test what could be the first vaccine against Ebola.

The outbreak of the highly contagious and often deadly virus killed more than 11,000 people, mainly in Liberia, Guinea and Sierra Leone, as it swept West Africa from late 2013 to 2016.

Participants were randomly assigned to receive one of two vaccines being tested, or a placebo.

The second vaccine candidate was cAd3-EBOZ, co-developed by the US National Institute for Allergy and Infectious Diseases' (NIAID) Vaccine Research Center and GlaxoSmithKline.