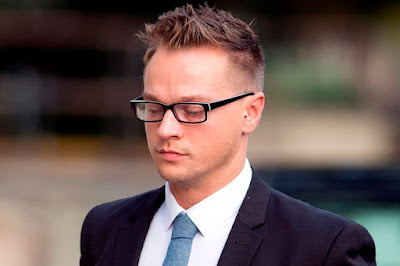 A dad accused of murdering the baby girl he adopted with his husband referred to the child as "Satan in babygro," a court heard.

The Fitness instructor and his husband first adopted the baby in September 2015 but the process was not finalised until nearly eight months later.

The prosecution alleges that Scully-Hicks 'assaulted and abused' Elsie for several months before her death and described her as a "psycho" in messages to friends.

The tot - described as "tiny and delicate" but with a "brash and bouncy" personality by Craig - was with her new family for less than two months when her right leg was broken in November 2015.

The trial however continues. EVIL!