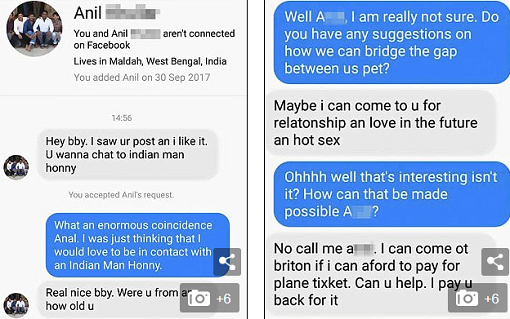 Social media can be both a blessing and curse, but in this case something that could have been quite sinister took a hilarious turn.

A woman left a Facebook Scammer red faced after he tried to convince her to persuade her to send him money by way of some very suggestive messages.

The man, called Anil, started the conversation with 'Hey bby. I saw your post and i like it. U wanna chat to indian man honny'?

Rather than blocking him, the anonymous recipient decided to play along, and a stream of increasingly bizarre messages followed - culminating in Anil asking her to pay $500 for his flight to Britain so he could 'love and sex' her.


The cringe-worthy has gone viral after it was shared on Bored Panda, which means that Anil may have more to worry about than embarrassing himself in front of just his friends.

The man asked if she was white, and then told her that he could be her new boyfriend and 'love and sex her'.

With an inkling of where the conversation was heading, she asked how he would 'bridge the gap' between them. It was then that he asked to borrow $500 for a plane ticket to England.

He promised her that he would pay her back for it and asked if she could transfer the money to him.
Anil then went on to ask her to send him explicit photos and then said that they 'could f***'. In a stroke of sheer genius, she explained to him that she didn't like rude words and gave him a list of new words to replace them.

She told him to use the name Celine Dion for 'lady bits' and Kerplunk for 'man bits'. Not suprisingly, Anil was a little confused.

For her finale, she made a Western Union using children's toys and it was then that the penny dropped for Anil.

He ended the conversation by swearing at her and saying that he was off to make love to 'his hot woman'. 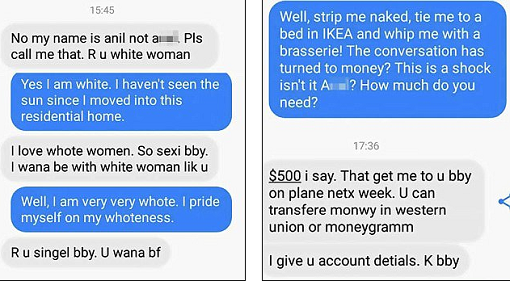 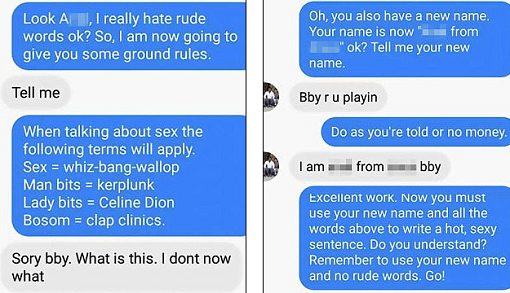 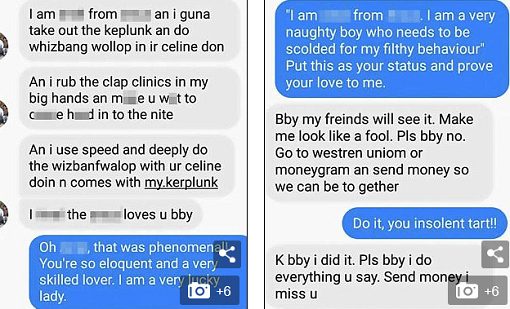 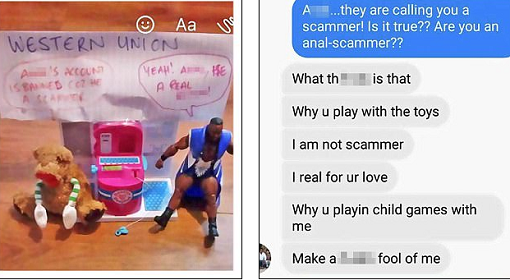 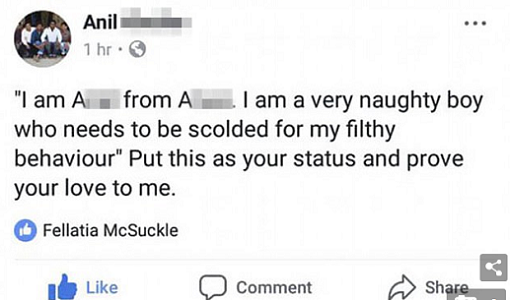