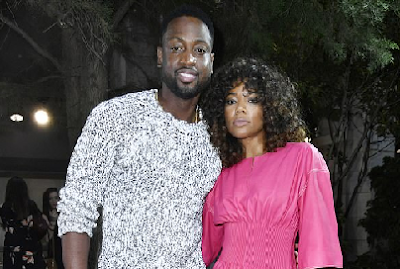 Gabrielle Union has discussed her heartbreaking struggles with infertility, revealing that she has suffered 'eight or nine' miscarriages in an attempt to have a baby.

The 44-year-old actress who is married to NBA star Dwyane Wade, 36 has opened up about her heartbreaking attempts to have a child in her new memoir We're Going to Need More Wine.

According to PEOPLE, the Being Mary Jane star bravely shared the difficulties she's faced trying to conceive and failed IVF treatments throughout her relationship with the sports star in her book set to be release on October 17th.

She wrote: 'I have had eight or nine miscarriages. For three years, my body has been a prisoner of trying to get pregnant — I’ve either been about to go into an IVF cycle, in the middle of an IVF cycle, or coming out of an IVF cycle.'


Following three years of failed IVF cycles, Gabrielle confessed that although she is left 'bloated' from the hormones, she and Dwyane 'remain bursting with love and ready to do anything to meet the child we’ve both dreamed of.'

The US star first started dating basketball player Dwyane in 2009 and tied the knot in August 2014 following a brief break in 2013 due to work commitments.

During their brief break, Dwyane fathered a child with another woman. He also has two children from his first marriage.