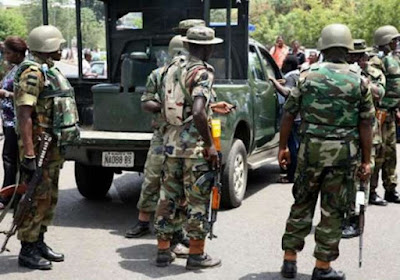 The Nigerian Army said on Sunday that it had concluded plans to launch its “Operation Crocodile Smile” in Ogun State.

The operation is a training and operations exercise planned for the South-western part of the country.

The Brigade Commander of the 35 Artillery Brigade, Alamala, Abeokuta, Basil Adoke, disclosed this in Abeokuta at a reception organised by the state government as part of activities to mark Nigeria’s 57th independence anniversary.

Mr. Adoke, who said that the initiative would commence “in the next couple of days” across the state and its environs, said it is targeted at miscreants.


“We are going to start Operation Crocodile Smile in Ogun and it involves series of actions to step up tempo targeted at miscreants,” Mr. Adoke said.

The commander, who allayed fears over the initiative, called on residents to be calm, stressing that some miscreants had been identified and would be flushed out.

‘Though the state is relatively peaceful we still have some miscreants to deal with, so when you see Crocodile Smile, don’t be scared,” he said.

According to him, the exercise is a replica of Operation Python Dance recently carried out in Abia and the South-east to tackle crime.