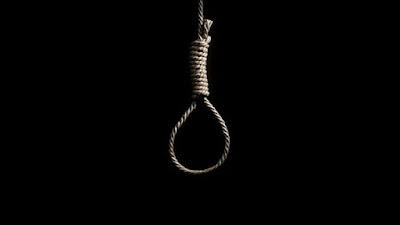 Frustrated after losing all his fishing implements including outboard engine and his catch to boat mishap, a father of four, Mr. Imoh Iyip-Erong, committed suicide.

It was gathered that the fisherman, from Akpautong village in Esit Eket Local Government Area, Akwa Ibom State, “resorted to taking his own life, a night after the incident because of the frustration of losing his major source of livelihood.

“We really do not know why he should take his life after his fishing boat and the day’s catch were lost as his boat capsized,” Effiong Bassey, a fellow fisherman, told Vanguard.


Another family source said: “Iyip-Erong had been complaining since the incident happened, lamenting that his future had been completely ruined by the loss of his boat, outboard engine and fishing gears.

“We woke up to see his dangling body hooked to the roof with his wife’s wrapper, which he used as suicide rope.”

A family member said: “He has been buried after some traditional rites, because it is an abomination for one to take his own life in this our community.”

The family member expressed surprised that “the father of four could take his life instead of sinking with the boat to save us the trouble of performing very expensive traditional sacrifices for his burial.”

According a traditionalist, Ubong Edem Ette, “in this type of death, we use a dog and other traditional items to perform some cleansing rites to remove this nature of death from the family.”