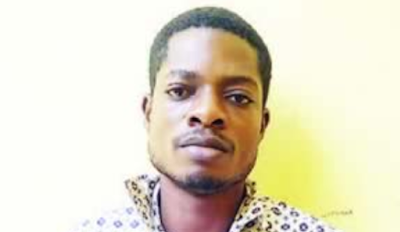 The victims were a girl, Tobiloba Aleshiloye, 12, and an eight-year-old boy, Yussuf Kudus. The suspect, who was said to be a resident of Cananland, Sango Ota, in the Ado Odo/Ota Local Government Area of the state, allegedly abducted the two children on September 15, 2017.

He was said to have taken them to an unknown place, from where he started demanding a ransom of N150,000 per child from their parents.

The state Police Public Relations Officer, Abimbola Oyeyemi, said the parents of the abducted children reported the case to the police at the Agbara division and detectives were detailed to be on the trail of the kidnapper.


He said “Technical investigation” was conducted on the suspect’s whereabouts and the hideout was located in a hotel in the Ojo area of Ibadan.

He said the detectives stormed the location, arrested the suspect and rescued the victims unhurt.

“The two children have been reunited with their parents,” Oyeyemi added.

Meanwhile the state Commissioner of Police, Ahmed Iliyasu, has ordered the immediate transfer of the case to the Anti-kidnapping/Cultism unit of the Criminal Investigation and Intelligence Department, Eleweran, Abeokuta.

Iliyasu appealed to members of the public to take security of their children seriously in order not to make them victims of kidnappers.