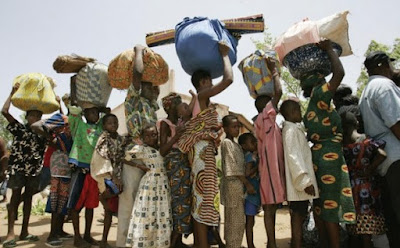 Cameroon’s minister of communications declined to comment on the report, which said the army had been detaining the refugees and torturing some of them, before the authorities pushed them back into neighboring northeast Nigeria.

Human Rights Watch said the expulsions reported since 2015 were one of the largest illegal forced repatriations it had seen in recent years, and were in “flagrant breach” of global and Cameroonian law.


Boko Haram militants have killed tens of thousands in their fight to carve out an Islamist state in northeast Nigeria. The violence has forced hundreds of thousands to flee, many across the border into Cameroon, Chad and Niger.

“Cameroon’s army has been aggressively screening newly arriving Nigerians at the border, subjecting some to torture and other forms of abuse, and containing them in far-flung and under-serviced border villages,” the report said.

“This policy of blocking asylum seekers from accessing protection has made it easier for Cameroon to deport them,” it said, adding that the U.N. refugee agency (UNHCR) has been denied access.