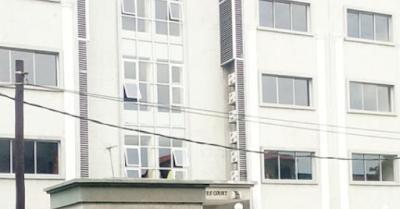 A  28-year-old housemaid, Anna Payaro, has been sentenced to 13 years’ imprisonment by a Lagos State Magistrate’s Court in Igbosere for burglary and theft of her employer’s $5,000.

The convict was first arraigned on June 6, 2016, and later re-arraigned on a substituted charge on November 22, 2016.

According to the prosecuting police officer, Sergeant Cyriacus Osuji, Payaro and her accomplices, who were still at large, conspired to commit the offences on May 27, 2016, on Goshen Estate, Lekki, Lagos.


Osuji said Payaro broke into the residence of her boss, Mr. Olatunde Adepoju, while the man and his family were abroad.

One of the prosecution witnesses, Mrs. Teniola Jaiyeola, testified that she heard the convict talking to her accomplices about the incident.

“Unknown to her, I was still standing by when she called someone and said ‘they said the wall you broke is too small for even a baby’s head to enter.’”

The presiding Magistrate, Mrs. K.O. Matekpo, sentenced Payaro to two years’ imprisonment on count one to four each; and five years on count five, with hard labour, totalling 13 years, which would run concurrently.