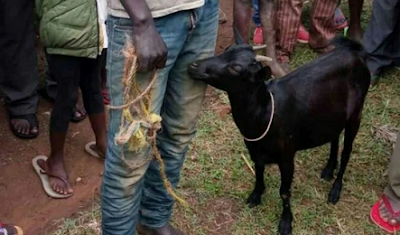 The Niger State Police Command, says it had arrested one Kabiru Idi, 15, of Gbeganu area, in Bosso Local Government Area for having sex with a goat.

Sunday Punch learnt that it was the second time the suspect had engaged in the act.


Adewole said, “We will not relent in the fight against crime in the state until perpetrators are brought to book. We are determined to make Niger State crime-free.”

He, however, appealed to the members of the public to report any suspicious person to the nearest police station.

The PPRO added that the suspect would be charged to court upon conclusion of investigations.