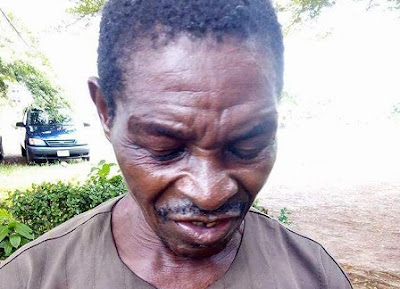 The Police in Ebonyi State have arrested a man, aged 70 in Akpoha, Afikpo North local government area of Ebonyi state for allegedly hypnotising and repeatedly raping a seven-year-old orphan.

The suspect, Simon Alobu, popularly known as Papa Eke was handed over to the police by the Family Law Centre, where the case was first reported by the victim’s relatives.

It was also learnt that the victim moved to her aunt’s home shortly after the death of her parents.

The suspect, who lives in the same compound with the girl and her aunt was reported to the centre by the victim’s aunt who also alleged that the man had raped her when she was a little girl.


The alleged victim, who narrated her ordeal to journalists in Abakaliki , said the man raped her recently after she prepared food for him.

“The man said I should come and prepare food for him. After preparing the food, my brother who lives with me said he was not eating and left immediately.

“When my brother left and I was still eating, the man locked the door and carried me to his bed and raped me,” she said.

The suspect, it was also learnt, first raped the little girl in 2014 and since then has reportedly repeatedly raped her.

Her aunt, Martha Enya, said she started ‘suspecting’ after the young victim complained of severe pains in her private part.

But all efforts to make Favour name the culprit were not successful until recently when she revealed what happened.

According to the woman, she took the girl to Afikpo where the rape was confirmed but efforts to make her reveal the identity of the rapist failed as he (suspect) continued the act until this year.

“Favour confessed by herself and we went to the man and he agreed that he is the one raping Favour and that he has raped her five times”, she said.

She alleged that the suspect also mutilated Favour’s buttocks with a razor blade where he presumably applied some charms to prevent the girl from revealing his identity.

The suspect when quizzed confessed that he had carnal knowledge of the girl but added that he committed the act under the influence of alcohol.

The police spokesperson in the state, Loveth Odah, said the suspect is in police custody and will soon be arraigned in court. 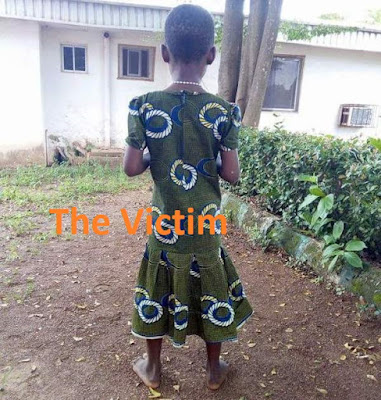 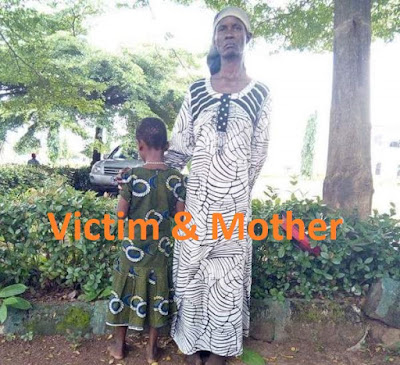