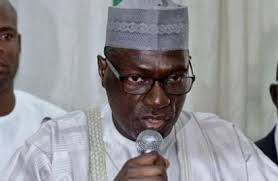 Four governorship aspirants in the Peoples Democratic Party in Anambra State have written to the Governor of Enugu State, Mr. Ifeanyi Ugwuanyi; and the Chairman of the PDP National Caretaker Committee, Ahmed Makarfi, demanding the substitution of the party’s candidate, Mr. Oseloka Obaze, in the November 18, 2017, election.

In separate letters to Ugwuanyi and Makarfi, copies of which The Punch sighted on Sunday, the aspirants, who were aggrieved with the conduct of the August 28, 2017, governorship primary of the PDP in Anambra, insisted that Obaze should be disqualified.


In a letter dated September 10, 2017 and addressed to Ugwuanyi, the aggrieved aspirants pointed out that Obaze would not receive their support if the party failed to address their grievances.