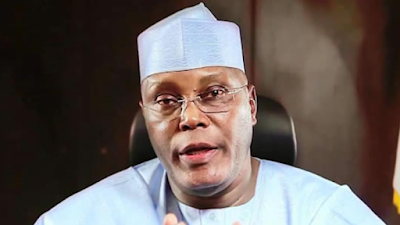 Former Vice-President Atiku Abubakar has vowed to fight corruption like never before if given the chance to preside over Nigeria’s affairs.

Atiku also challenged those he described as his self-righteous political enemies to either prove his alleged corrupt activities or keep quiet.

The APC chieftain said this during a facility tour of the new ultra-modern Yaliam Press Limited in Jabi area of Abuja on Monday.

This was contained in a statement by his Media Office in Abuja.


Atiku was quoted as saying, “he would fight corruption like never before if he is given the opportunity to preside over the affairs of the country.”

The former Vice-President said, “It is sickening to continue to regurgitate allegations of corruption against me by people who have failed to come forward with a single shred of evidence of my misconduct while in office.”

He noted that people who lacked initiative, personal resourcefulness and ideas about wealth creation, “always assume that a man cannot build himself without stealing.”

“People who are bereft of ideas about entrepreneurial spirit always think that everyone else is a thief just like them,”  he added.