Photos: Haunting Face Of Arranged Marriage Bride Who Looks Miserable During Wedding Forced On Her 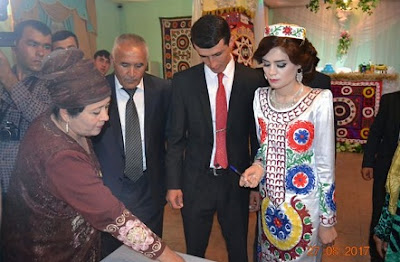 This haunting wedding photos appear to show a miserable bride who was given just a few days notice that she was to marry an impoverished history teacher.

But while the groom appears thrilled with the match , 22-year-old Marjona did not smile at all during the ceremony.

Arranged marriages are common in Muslim Tajikistan, although it is rare for the president to order them.


A "matchmaking committee", run by a local apparatchik in charge of ideology, was formed to find Saidsho a bride.

President Rahmon stepped in after the teacher read a sycophantic poem at a gathering attended by the Tajik strongman who has ruled the ex-Soviet republic for a quarter of a century.

In the poem that won him a bride, Saidsho praised the president for his role in "supporting education and the upbringing of the young generation" in Tajikistan.

Saidsho told Radio Free Europe: "The president asked me about my life and family. He asked if I was married. I answered 'no.'

"Then he instructed the district leadership to decide on my marriage."

Anxious to appease the 64-year-old leader, Marjona was nominated as Saidsho's bride after the committee spoke to her parents.

During the ceremony Marjona avoided eye-contact with her new husband.

"The matchmakers communicated with my parents," she said. "My parents agreed to allow me to marry the man on the condition that I am allowed to continue to work.

When she was asked if there was "any pressure put on her", he replied, "not so far".

Her mother said that Saidsho was the first suitor who agreed to allow her to continue working.

The matchmakers approved her as "a trained, educated, and worthy girl from the village of Gulzor".

Dilafruz Mahmadalieva, deputy chairwoman of Bohtar District's Department of Ideology, explained the groom was poor and could not afford the "bride price" that is common in Tajikistan.

Due to the president's intervention, the state is paying the wedding costs of about £1,400.

"[Asrorov] is from a low-income family and his parents are retired," said Dilafruz.

"We organised the traditional matchmaking for him and we bought gifts for the bride and her family.

"We are covering all the expenses for the wedding celebration, and we will help the girl's family."

The bride made her own traditional Tajik dress for the wedding.

Saidsho said: "A family must be based on mutual understanding." 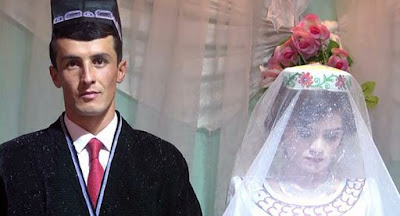 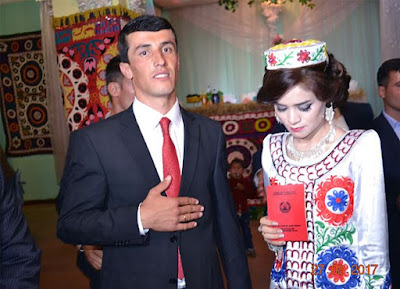 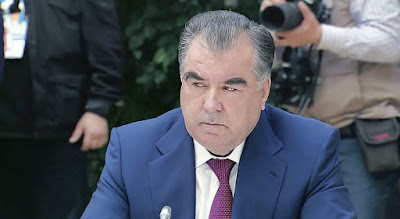