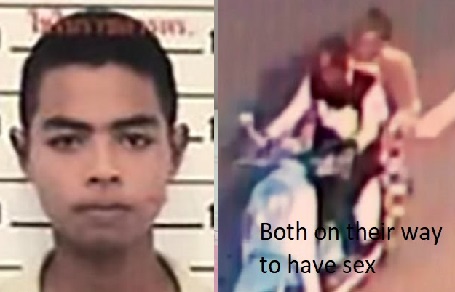 A man has admitted slitting the throat of a woman who said he 'sucked at sex' after they spent a night of passion at a rubber plantation.

The furious man, named as Natthan Raknui, admitted he had murdered 22-year-old Jiraporn Theppaya after the pair had sex on their first date, according to officials.

Raknui, 23, is said to have admitted to slitting the throat of the young woman before dumping her body at the plant near a canal in the city of Songkhla in the Songkhla province of southern Thailand.

Police said the pair had started talking via Facebook in July, chatting frequently over two weeks.


They then agreed to meet and Raknui rode two hours on his moped to meet up with his date on August 12.

The pair did not have enough money to rent a hotel room so rode to a nearby rubber plantation to have sex.

During the act it is said she slated his sexual skills, saying he 'sucked at sex', which infuriated him.

Police say he admitted slitting his victim's throat before escaping on his motorbike, which he later sold for 7,000 THB (£164).

Her body was found three days later, and police then pieced together what had happened by looking at her internet history.

Raknui is believed to be in custody awaiting sentencing.