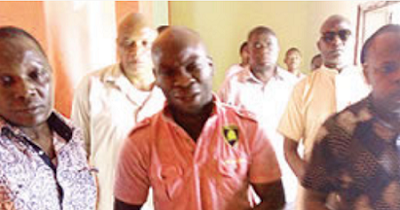 Okoroeze, who was also arraigned by the police before a chief magistrate’s court on two counts bordering on obstruction of justice and conspiracy, was remanded in custody for the alleged offences.

The Chief Magistrate, Sokari Andrew-Jaja, cautioned him  as he cried uncontrollably inside the court before his case was mentioned.


Punch had reported that the prime suspect, Dike, defiled, killed and removed the organs of one Miss Victory Nmezuwuba, before he was arrested and taken to the SCIID.

Okoroeze, who was the Investigating Police Officer, had removed the suspect’s handcuffs while he took his statements.

The victim’s father, Dr Ernest Nmezuwuba, who was also in the charge room at the time, had said he used candlelight while making his statements, adding that there was no power supply in the area.

The suspect was reported to have fled the SCIID under the cover of darkness and his whereabouts had remained unknown.

The state Commissioner of Police, Mr. Ahmed Zaki, had ordered the dismissal and arraignment of Okoroeze for criminal conspiracy.

The accused, who was brought to the magistrate’s court in handcuffs, cried profusely on the premises.

“What have I done to myself? What did I do? Call my wife for me,” he said.

The charges read, “That you, Johnbosco Okoroeze, on August 19, 2017, at about 8.30pm at the State Criminal Investigation and Intelligence Department, Port Harcourt, in the Port Harcourt Magisterial District, did assist one Ifeanyi Dike, who is to your knowledge guilty of the offence of murder of one Chikamso Nmezuwuba, aged eight years, for rituals, to escape when he was to be detained for prosecution, thereby committing an offence punishable under Section 322 of the Criminal Code Cap 37, Vol. II, Laws of Rivers State of Nigeria, 1999.

“That you, Johnbosco Okoroeze, on the same date, time and place in the aforesaid magisterial district, did conspire with a suspect, Ifeanyi Dike, and allowed him to escape from prosecution to prevent and defeat the course of justice, thereby committing an offence punishable under Section 126 (1) of the Criminal Code Cap 37, Vol. II, Laws of Rivers State of Nigeria 1999.”

Andrew-Jaja, who immediately declined jurisdiction of the court to handle the matter, directed the court registrar to transfer the case file to the Directorate of Public Prosecutions for legal advice.

The chief magistrate then remanded the suspect in prison, just as he adjourned the matter till September 14, 2017 for adoption of written addresses.

Meanwhile, the state Police Public Relations Officer, Mr. Nnamdi Omoni, said one of the sponsors of the prime suspect, Dike, had been arrested. 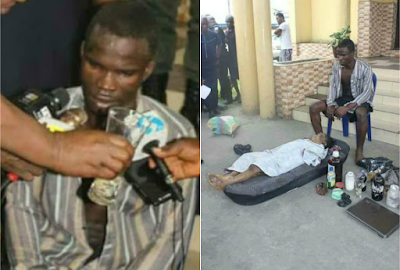