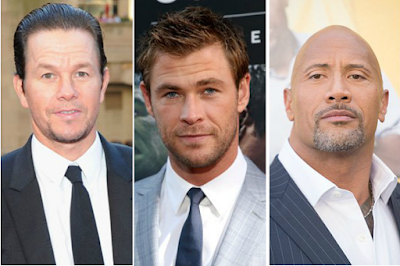 Mark Wahlberg soared to the top of the world's highest paid actors on an annual Forbes magazine list that highlighted a huge disparity between male and female Hollywood stars.

Wahlberg, 46, earned an estimated $68 million in 2017 thanks to his pay days for movies Daddy's Home 2 and Transformers: The Last Knight, according to the Forbes ranking released on Tuesday.

The rapper-turned-actor knocked 2016 leader Dwayne The Rock Johnson into second place, with estimated 2017 earnings of $65 million.


Number four went to Adam Sandler with $50.5m because he has a lucrative deal with Netflix.

And Jackie Chan grabbed the fifth spit with $49m. He makes film-after-film in China.