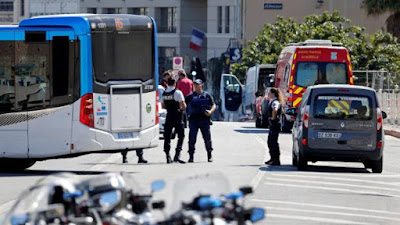 A woman has been killed after a van struck a bus shelter in the southern French city of Marseille, police say.

The driver has been arrested. His vehicle had struck another bus shelter in a different district of the city earlier in the morning, seriously injuring one person.

French prosecutors say the case is not being treated as a terrorist incident. French media reports say the driver is known to police and may have mental health issues.

The unconfirmed reports say he has a criminal record but is not known to the intelligence services.