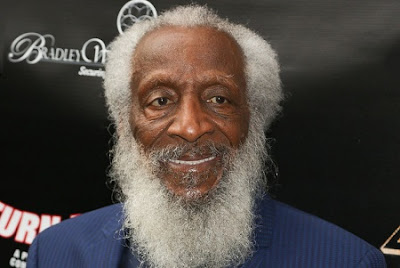 Dick Gregory, a comedian, actor, writer and famed civil right activist has died Saturday night in Washington D.C, according to a statement from his family.

Gregory began his career as a comedian while serving in the the military in the '50s, and went on to be a prominent figure during the Civil Rights Movement in the '60s - which his comedy and political satire reflected. He's widely regarded as a trailblazer in both stand-up and politics.

Gregory was also a writer known for the documentary "Joe Louis: America's Hero... Betrayed." Comedy Central named him #82 on the all time list of greatest stand-up comedians.

The comedic and civil rights legend was recently hospitalized for an unknown but serious condition. According to his rep, he died from heart failure. Gregory was 84.