No Floyd! You Can Have As Much S*x As You Want Before Conor McGregor Fight, Sugar Ray Advises 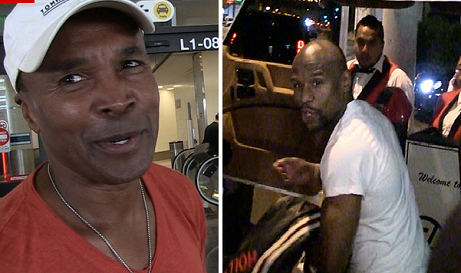 Lol, recall Floyd Mayweather says he won't be having sex from now till his big fight with Conor McGregor so he won't have weakened legs because that's what sex brings? Well Sugar Ray Leonard is telling him, that's wrong and he can have as much sex as he likes before the fight, but it's PARTYING that he needs to avoid.

The former champ seemed almost in disbelief that Floyd would say such a thing to the world, although there's a good argument Floyd's saying it just to promote his Vegas gentleman's club, Girl Collection, but he's teling Floyd go have much sex, but don't party before your big fight. On the contrary, Floyd is doing just that, partying!