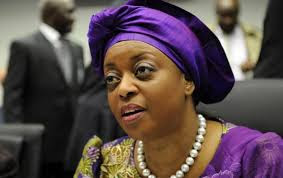 Nigeria’s immediate past Minister of Petroleum Resources, Mrs Diezani Alison-Madueke, has denied several allegations of corruption levelled against her, including the forfeiture of an alleged 153 million US Dollars, the possession of a mansion allegedly worth 18 million US Dollars and her alleged involvement in the Malabu oil deal scam, among others.

The former minister, in a rebuttal to several allegations levelled against her by the Economic and Financial Crimes Commission (EFCC), said she had chosen to be silent “and not to respond to inaccurate press reporting” but that given the level of deliberate inaccuracies, she was forced to respond.

She noted that she had been disturbed by recent media reports that she forfeited the sum of $153.3m purportedly stolen from the Nigerian National Petroleum Corporation (NNPC), to the Federal Government, noting that she could not forfeit what was not hers.


“I wish to state that I cannot forfeit what was never mine. I do not know the basis on which the EFCC (has) chosen to say that I am the owner of these funds, as no evidence was provided to me before the order was obtained and they have not in fact served me with the order or, any evidence since they obtained it,” she said, noting that she never stole any money or defrauded the Federal Government.

The former minister also denied that she was indicted by Italian prosecutors for sharing in the loot of the 1.3 billion USD OPL 245 oil block deal now popularly known as the Malabu Oil Deal, noting that “that this is another figment of the author’s imagination, which given the persistent bid to ensure my destruction and stick all of the sins of the corruption plagued the oil and gas sector over the last 30 years upon my head, probably emanated from the EFCC itself.”

She emphasised that at the end of her tenure, she left behind in the LNG dividend fund, for the incoming administration, the sum of $5.6billion to ensure continuity in the crucial gas sector development, saying: “It is saddening that after eight years of serving my country, my experience as a public servant has been fraught with continuous malicious castigation and character assassination, all in the name of ‘personal vendettas’ or political horse trading.”