Police raided a wedding between a 22-year-old man and a five-year-old girl - but were too late to stop it.

Officers swooped on the man and others involved in the celebrations in the village of Raman Shar in Dakhan Town, Pakistan.

However, police are said to have been moments too late to the event and the nuptials had already been completed.

Those arrested include the groom Habibullah Shar, the registrar Molvi Kifayatullah Bhutto, 40, and the father of the groom Gul Meer.


The bride was also taken into custody along with her mother, Pakistani newspaper Dawn reports .

All those accused and the bride were to be prosecuted under the Early Child Marriages Restraint Act of 2013.

The action was later said to be targeting the groom, his parents and parents of the girl under sections 3, 4 and 5 of the Pakistan Penal Code.

Child marriage is considered a punishable offence in Sindh and the age of consent to this is 18 years old.

In May, The Mirror reported on how a child bride aged just five and her nine-year-old groom were rescued by welfare officials as they stood at the altar.

The shocking marriage between the two children had been due to go ahead in Mambapur, Telangana state, central India, as part of a reported caste ritual.

Children's rights activist Achyuta Rao from charity Balala Hakkula Sangham said that the parents were conducting the marriage because someone had died recently in the household.

That made the property bad luck until a happy event took place.

He said: "As per their custom, no relative will enter their house after the death of a family member, unless they perform an 'auspicious event' and celebrate it." 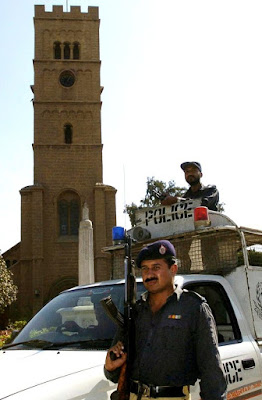