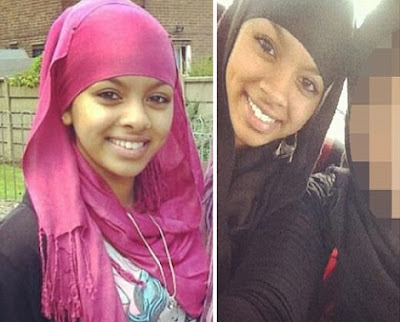 An Indian Muslim teenager was Tasered, kidnapped, raped and murdered in an alleged 'honour killing' after she began a relationship with an Arab Muslim, a court heard.

The body of Celine Dookhran, 19, was found inside a £1.5million home after a second woman, who was also attacked and her throat slit, alerted police from hospital, magistrates were told.

Ms Dookhran was allegedly kidnapped bound and gagged with the other woman, who cannot be named for legal reasons, and taken to an address in south west London where they were raped and Ms Dookran was killed on July 19.

A post mortem gave the cause of death as a wound to the neck.

He appeared alongside his co-defendant, Vincent Tappu, 28, who is charged with the kidnap of both women.

Binita Roscoe, prosecuting, said: 'The deceased was involved in a relationship with an Arab Muslim and the family members didn't approve of this relationship because they are Indian Muslims.'

Two men in balaclavas entered the property on July 19, the prosecutor said. She told the court: 'Her face and mouth were covered in duct tape. Her hands were tied with cable ties and her feet were tied with rope.

'She believes a sock was placed in her mouth. She had heard the deceased who was in the shower screaming.'

Ms Dookrhan was born in Wandsworth, London in 1996 and her Twitter account points to her being a keen make-up artist.

In her last message, posted a week before her death, she wrote: 'Alhamdulilah for everything that's all I can say.'