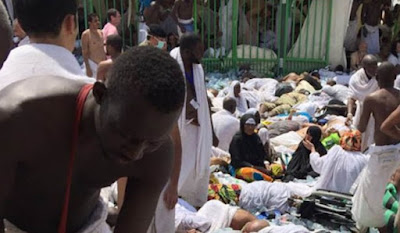 Already, no fewer than 198 persons, including women and children, returned to the country aboard a Med-View Airline jet.

Officials of the National Emergency Management Agency in Kano State received the first batch of the returnees. The Consulate General of Nigeria in Jedda, Saudi Arabia, Muhammad Yahya-Sani, who led the illegal immigrants to Nigeria, told journalists at the airport that the Federal Government sponsored their return to Nigeria.

According to him, the illegal migrants voluntarily reported to the Nigerian embassy for deportation to Nigeria in compliance with a three-month evacuation notice by Saudi authorities, which will expire on July 24 (Monday).


Yahya-Sani said the returnees were not deported, but that they voluntarily accepted the amnesty offer granted them by the Saudi authorities for illegal immigrants to leave the country.

“They decided on their own to return to Nigeria. The Saudi authorities offered amnesty to all illegal immigrants to leave the country within three months,” he said.

Arriving with their personal effects, the official handed over the returnees to NEMA officials at the airport, who documented their return before they subsequently departed to their respective hometowns and villages.