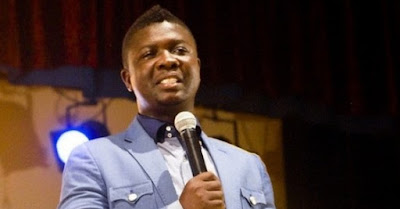 The fiasco started when Olunloyo, in a post, alleged that Seyi Law’s daughter, Tiwaloluwa, is obese and diabetic. The comedian fired back immediately and described Olunloyo as a bully who was hating on his daughter. Some persons mediated in the online battle and both parties seemed to sheathe their swords. But days later, Olunloyo made another post in which she insisted that Tiwaloluwa wasn’t healthy and that a relative of Seyi’s wife in London had told her that Tiwa indeed had Type 1 diabetes.

However, Seyi refuted Olunloyo’s claims in an exclusive chat with Sunday Scoop. He said, “This is just a case of a person who has refused to seek help. It is obvious that Kemi has decided to bully my daughter. Bullies usually fight people who are within their age bracket and people who have the same body size as them. For her to attack my daughter only means that she is unwell. Who bullies a young child? Never have I seen someone her age bully a child as young as my daughter who is barely a year old.


I have decided to ignore her rants. She also made some obnoxious claims about my daughter’s health. But when you’re a man that wakes up every day, knowing the only reason your daughter visits the hospital is to take her vaccines, you have every reason to be grateful to God.”

Speaking further, he said, “According to her, there was an article in which I said I rejoiced she was sent to prison. But it’s apparent she only read the headline of the article, and not the body. She did not even know that I was pleading on her behalf. I will keep celebrating my daughter and having wonderful times with my wife.”

On the veracity of Olunloyo’s claims that his wife, Stacey’s relative informed her (Olunloyo) that Tiwa has Type 1 Diabetes, Seyi laughed it off. “That doesn’t even make any sense. For the records though, my wife does not have any relative in the United Kingdom,” he said.

Explaining the only physical interaction they had before the online battle of words, Seyi said, “Prior to her rants online, I only met her once. That was during a Glo Lafftafest show in Ibadan when she came backstage to interview me; that was all.”

Seyi also maintained that his wife isn’t bothered by Kemi’s rants. “My baby is fine; there’s nothing wrong with her. I am the one who is a celebrity and I’m the one who should talk. My wife is not even bothered,” he said.