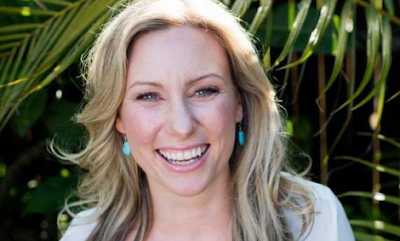 Justine Damond, the woman fatally shot by a Minneapolis police officer after she called 911 for help, had just reported a possible rape in the alley behind her house before the shooting, according to a transcript of the call.

"I can hear someone out the back and I, I'm not sure if she's having sex or being raped," Damond told the 911 operator at 11:27 p.m. last Saturday. "I think she just yelled out 'help,' but it's difficult -- the sound has been going on for a while."

The operator repeated that Damond couldn't see anything related to the attack, but that she could hear a woman screaming.

"It sounds like sex noises, but it's been going on for a while and I think she tried to say help and it sounds distressed," Damond added.

"No one's here and [I] was wondering if they got the address wrong," she said.

One of the responding officers then told a dispatcher they had a "code four," which means no back-up or further assistance was required.

By 11:41 p.m., Damond had been shot in the abdomen, which was indicated by one of the officers who told dispatch, "One down. starting CPR."

Minnesota's Bureau of Criminal Apprehension, the law enforcement body investigating the shooting at the request of the Minneapolis Police Department, said police officer Matthew Harrity told authorities that he and partner Mohamed Noor heard a "loud noise" just before the shooting.

Noor is accused of shooting Damond after the pair arrived at the scene, although it remains unclear why it occurred. BCA said Noor has refused to be interviewed by investigators.

Damond, 40, was a trained veterinarian and yoga instructor who was scheduled to be married in August. A native of Australia, her death has gained widespread attention there.