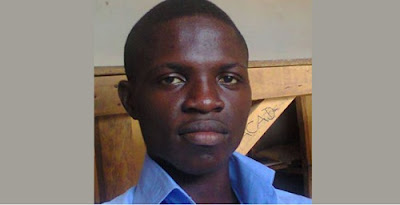 A resident of Ikorodu area of Lagos, Mr. Akinrinlade Ayodeji, has narrated how he narrowly escaped being lynched by a mob that had mistaken him for a member of the reprehensible cult, Badoo.

In a Facebook post, Ayodeji described how a simple act of going to fetch water at 7.30pm a few houses from his residence nearly cost him his life, as the residents had mistaken a jerry can of water he was carrying for engine oil, said to be one of the identifying tags of the Badoo cultists.

My story,’ Ayodeji said that on Monday, July 3, he had returned home from work at about 5:21pm, and had taken a nap which lasted till 7:39pm. On waking up, he discovered that he had no water, and decided to go get some water at a nearby tank.


To his surprise, he said, someone accosted him, demanding to know what he was doing in the streets at that hour of the day, with a jerry can.

“Hey hey! What are you coming here to do at this time?” Someone asked him; to which he said he replied, “Sorry sir, I am actually here to fetch some water.”

The person questioning him was rather uninterested in whatever explanation Ayodeji had, and dealt him a slap across the face.

“Before I could finish explaining myself, I saw a very furious man and decided to just turn back to my house. But before I could take three steps forward, I just felt a big and several bangs on my face through the back.

“At this point, I was lost, wondering if the world was ending today.

Unlike the gruesome fate that befell Chinedu, allegedly a comedian, who was lynched by a mob in Ikorodu last weekend on the suspicion that he and two other victims were Badoo cult members, Ayodeji had a distinct fortune of being identified by his neighbours, effectively saving him from being beaten to a coma and then roasted alive.

“To cut the long story short, people attested that they know me, even asking the said baba (his assailant), ‘Don’t you know him?’

“They all apologised after several slaps and molestation initially, then I just carried my gallon that someone else had helped fill with water, obviously out of pity, then walked towards my house, entered my room, put off my already tattered cloth, sat down and started imagining what just happened, hoping it was just a dream, behold, it wasn’t, it was real!” the obviously shaken

He added that a few minutes later while he was still busy pondering about what had just happened, he heard some voices at the entrance to his apartment.

When he opened the door, four elderly men that he suspected were landlords, alongside the man that had raised the false alarm and one of his neighbours, expressed deep apologies for what had just happened.


He confessed that though he told them that he was okay, the beating he received was severe, as several people slapped him repeatedly all at once, until someone identified him as a resident.

Reports say Badoo cult gangs rub engine oil on their bodies whenever they go for ‘operations.’

They are said to break their victims’ heads with grinding stone or pestle, while they rape female victims.

On one occasion, they were alleged to have fled with a baby after they had reportedly killed the parents and siblings.

They are also said to use white handkerchiefs to collect blood of their victims.

News has it that members of the Badoo cult invade homes in the dead of the night, during which they attack mainly families, killing everyone during each attack. 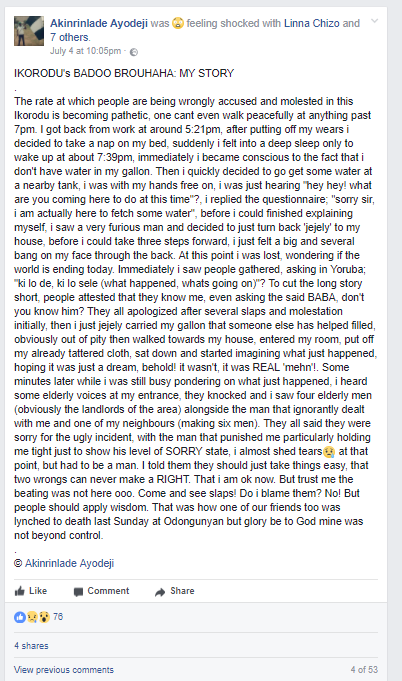