Heartbreaking Photos Of Toddler Who Bleeds From Her Eyes, Nose, Other Parts… 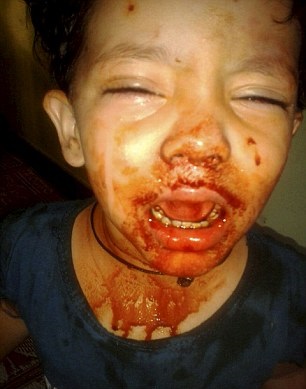 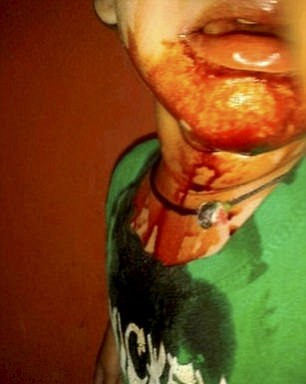 A toddler has left doctors baffled in India with a mystery condition that causes her to cry tears of blood.

Ahana Afzal, three, started bleeding from her nose two years ago while suffering with pneumonia and doctors put it down to a high fever.

But now the toddler bleeds from her mouth, ears and eyes almost every day despite having no visible scratches, leaving her exhausted with crippling migraines.

Her desperate parents Nazima Begum, 28, and Mohammed Afzal, 33, have spent more than a thousand pounds on tests but still don't have an official diagnosis.

Medics suspect she might have an ultra-rare condition hematodrosis which makes sufferers sweat blood.

Ms Begum, from Hyderabad in south Indian state of Telangana, said: 'My baby asks me as to why she keeps bleeding from her ears.

'I don't know how to answer that question. I am clueless about her condition.

'All I know is every time she bleeds, her hemoglobin levels goes down drastically and we have to get blood transfused into her body.'

Despite earning just 拢70 a month, the family has spent 拢1,700 on medical tests in the hope of getting a diagnosis and treatment

Her father, Mohammed, a fitness trainer, said his daughter's problems started when she had a nose bleed, aged one, when she was suffering pneumonia.

The father, who also has a healthy four-year-old son, said: 'Doctors told us that there was nothing to worry as the bleeding might be happening because of high fever.

'But when the frequency of bleeding increased, we decided to take her to a better medical facility.

'Our world came crashing down when we learnt that our baby might be suffering from a rare disease.'

He said his toddler used to be bubbly and cheerful, but is now left exhausted due to her rare condition.

She used to go to play school but two months ago was forced to stay at home due to her illness.

'They said that only after analysing the report they will be able to officially confirm that this is a case of stigmata.

'I don't know where to organize the funds from.

'It was then I was told by a wellwisher about the possibility of raising the required some through crowdfunding.

'We have now created a crowdfunding page, hoping to get help - monetary or otherwise.'

His desperate wife added: 'I want to appeal to the kind souls out their to help us save our life.

'This is a rare disease. If any of you know about a child suffering from a similar condition, please let get in touch with us.

'If you know a doctor who has been to cure such cases, please consider passing on the doctor's contact details.

'Last but not the least, please help save our baby.

'My husband is doing double shifts to organize money for her treatment, but we haven't been able to arrange the money as yet.

'You are our last hope or else we have to helplessly see our baby die in front of our eyes.'

Dr Sirisha Rani, a pediatrician at Rainbow Children Medicare hospital, where Ahana has been treated in the past, believes she has Hematodrosis.

'We got a few tests done, she would need further investigation if the problem persists. 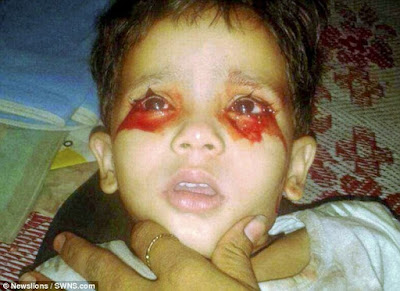 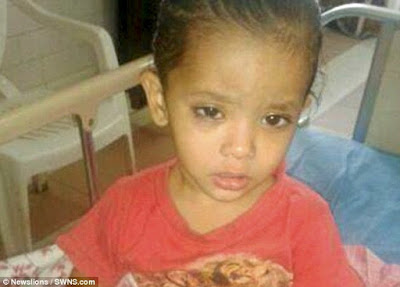