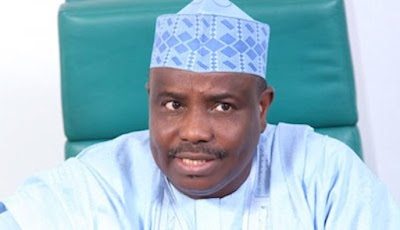 One person died while more than 100 houses were destroyed when rainstorm swept through 15 villages in Illela Local Government Area of Sokoto State, Alhaji Abdullahi Haruna, the Council Chairman told newsmen on Sunday in Illela.

Haruna said seven other persons, including a mother and her three children, sustained various degrees of injuries during the rainstorm which happened on Friday.

He added that six out of the injured persons had been discharged from hospital after treatment.

According to him, the local government council secretariat, schools and other public places are among the buildings destroyed by the storm.


He added that “the strong wind and heavy rain started around 5 p.m. on Friday and lasted for 30 minutes, but the damage it caused was enormous.

“So far, we have been able to identify more than 100 houses destroyed by the rainstorm.

“A committee has been set up to assess the extent of the damage.”

The chairman attributed the extent of the destruction on the use of substandard building materials for building in the area.

He, therefore, directed the Works Department of the local government to ensure that people complied with the standard building regulations forthwith.

According to him, responses of the two agencies have been satisfactory.

“On our part, we are waiting for the report of the committee before deciding on what to do for the victims,’’ Abdullahi said.

The Head of Sokoto Zonal Operations of NEMA, Mr Suleiman Muhammad, disclosed that the agency had been notified about the disaster.

“The agency will soon dispatch a technical team to assess the situation before deciding on the type of relief materials to donate to the victims,’’ Muhammad said.