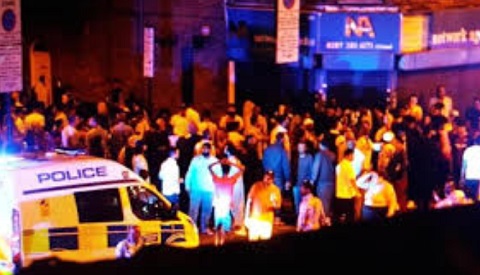 A van ploughed into worshippers leaving a London mosque early this morning, killing at least one person and injuring 10 others in what witnesses said was a deliberate attack on Muslims.

The hired vehicle swerved into a group of people leaving prayers shortly after midnight at the Finsbury Park Mosque, one of the biggest in the country, witnesses said. The attack comes during the Muslim holy month of Ramadan.

"This big van just came and went all over us," witness Abdulrahman Saleh Alamoudi told BuzzFeed News. "He was screaming... 'I'm going to kill all Muslims'."

British Prime Minister Theresa May said police had confirmed it was being treated as a potential terrorist attack and said she would chair an emergency response meeting later today.