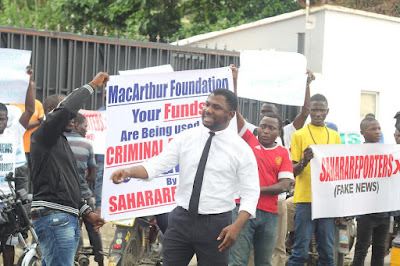 Oh dear! The war between Lekan Fatodu and Sowore Omoyele of Sahara Reporters isn’t ending soon, I guess. Lekan Fatodu,  a journalist and PR consultant, this morning led hundreds of anti-fake news and anti-blackmail protesters to the newly opened office of  Saharareporters, in Lagos.

While addressing the crowd during the protest, Fatodu said it had become absolutely necessary to raise serious awareness on the danger of fake news which he said was not only bad for the health of the nation but also troubling for the well-being of the populace. More photos below… 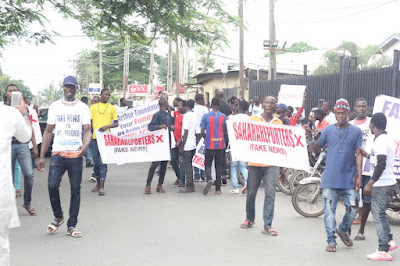 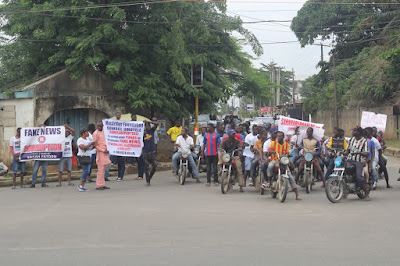 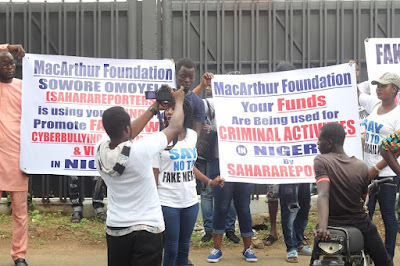