"Remove My Genitals So I Look Like Alien:" Make-Up Artist Begs Doctors 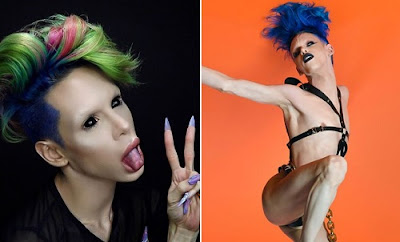 A make-up artist is begging doctors to remove his penis so he can achieve his dream of looking like an alien .

Los Angeles-based Vinny Ohh, 23, has already spent £45,000 transforming himself into a 'genderless alien.' He has undergone surgery three times and had 110 procedures to achieve his current look, including two rhinoplasties and 35 whole body and face laser treatments.

But his dreams may never come true as surgeons warn he may not be able to have the operation - which would be a world-first. The wannabe extraterrestrial grew up in a small town in Oregon, where he says he never quite felt like he belonged.

However, the surgery he wants next is his most extreme yet - getting his genitalia removed entirely so he is neither male nor female.

He said: "My goal in regards to my look is to become an exact, scientifically proportioned, sexless human being.
“People talk about ‘gender reassignment’ but i’m looking to have 'gender unassignment'. I’m looking to change my genitals so there is nothing there. There will just be a hole to pee out of.

“I want my genitals removed because life would be easier, plus I’m also celibate.” 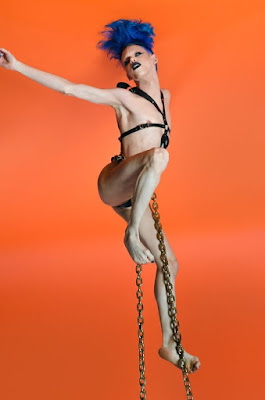 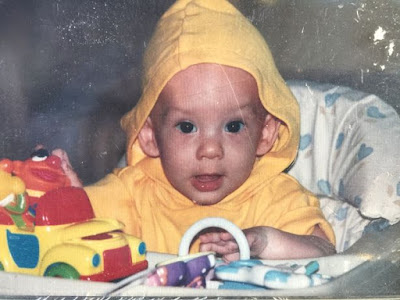