Chelsea have won the 2016-17 Premier League title courtesy of a hard-fought 1-0 victory over West Bromwich Albion at The Hawthorns this evening. 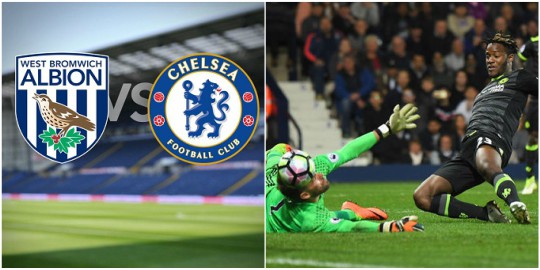 Monday night's win over Middlesbrough left Antonio Conte's side just one win away from
the sixth top-flight crown in their history, and it took until the 82nd minute for them to get the all-important goal as Michy Batshuayi became Chelsea's unlikely hero.

Any travelling Chelsea fans expecting a procession towards the title were given a reality check inside the opening 30 seconds when Thibaut Courtois was forced into an early save, tipping Salomon Rondon's header over the crossbar.

The defining moment came with just eight minutes remaining of the contest, though, and it was Batshuayi - on as part of a double change which was Eden Hazard and Pedro replaced - who grabbed the title-winning goal at the end of the largely frustrating season on a personal level.

Gary Cahill's sliced effort found its way to Cesar Azpilicueta, who turned the ball back into the middle for an unmarked Batshuayi to sweep home for just his second Premier League goal of the season.