Disturbing Photos Of Ethiopian Tribeswomen Who Beg To Be Whipped, To Show Their Love


A tribal ceremony during which young women are whipped in order to show the sacrifices they make for men is revealed in a series of photographs, Dailymail reports. 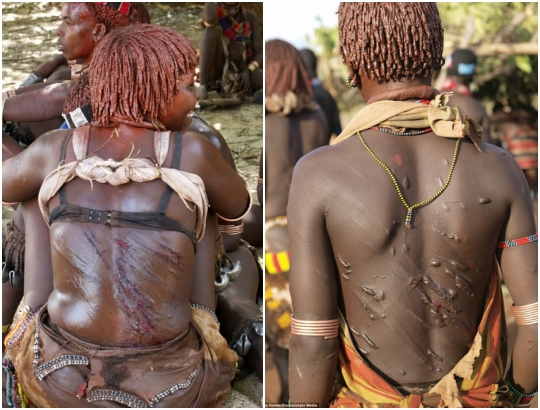 Members of the Hamar tribe in Ethiopia believe the elaborate scars demonstrate a woman's capacity for love, and if they fall on hard times later in life it allows them to call on those who whipped them for help.

Women are whipped as part of a Rite of Passage ceremony for boys, when female family members declare their love for the young man at the heart of the celebration.
After the ceremony the boy becomes a man, and is allowed to marry.


The brutal tradition is known as Ukuli Bula, and was captured by photographer Jeremy Hunter. Instead of fleeing, women beg men to whip them again during the ceremony, held in the Omo River Valley.

To reach manhood, Hamar boys must undergo two rituals: circumcision and a leap over the bulls. This determines whether the young Hamar male is ready to make the social jump from youth to adulthood.

After a successful bull-jump - always naked - the Hamar boy, now a Maz - a mature member of the society - may get married. During this, he is expected to walk over 15 cows.

For Hamar women, beatings are not just part of an initiation ritual - they are daily life until at least two children have been born. Under Hamar rules, a man need not explain why he's delivering a beating. It is his prerogative to mete out as he sees fit.

No screaming is permitted by the men wielding the canes but the women don't care. Instead of fleeing, they beg the men to do it again and again until blood flows, dripping into the gritty red dust of the Omo River Valley. 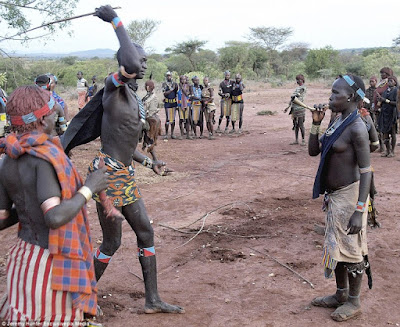 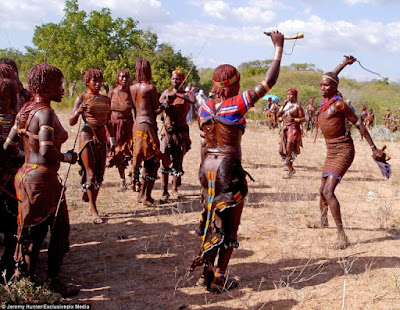 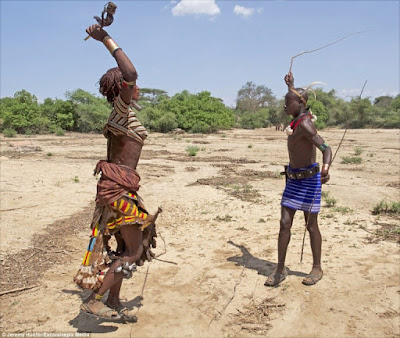 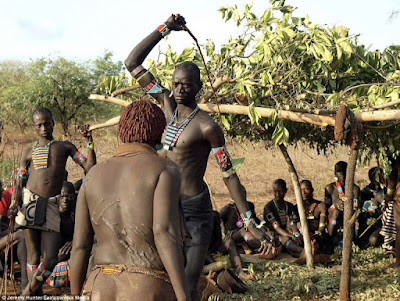 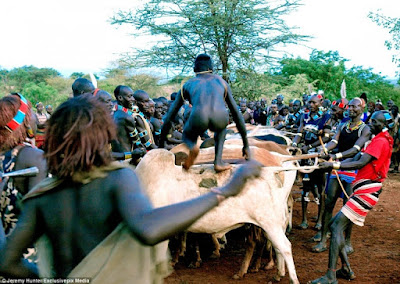 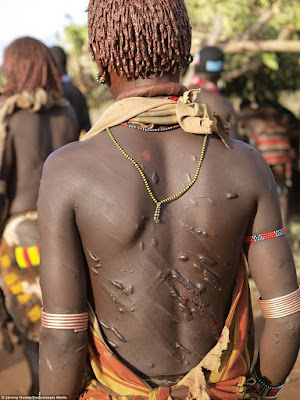 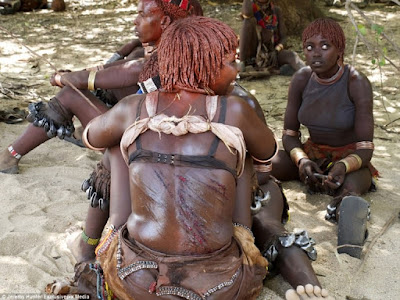 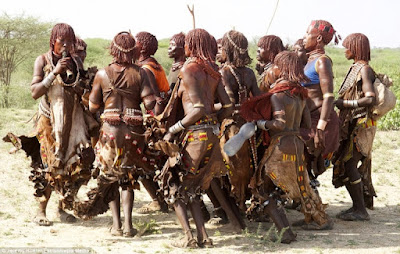