The boys who were excited that they were done with secondary school, decided that the best way to express their joy was to molest the girls in broad daylight.
The boys who were armed with scissors, cornered some of the girls, ripped their skirt with the scissor, pushed them to the floor, pulled their trousers mid length and then climbed on the girls. Some of their colleagues surrounded them and cheered them on. 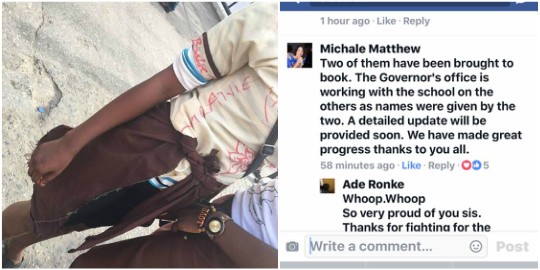 It took the intervention of some of the residents of the area, to stop the boys from
further molesting the girls. The girls who were frightened to go home, were escorted to the bus stop by some able bodied men in the area.