A Cambodian actress has promised to be “less sexy” after she got banned from working for a year over Facebook posts the country’s Ministry of Culture says were too raunchy.

Actress Denny Kwan, 24, who has starred in several music videos, was punished because the ministry judged that she had failed to keep a written promise she made last May to dress in a less sexy way. 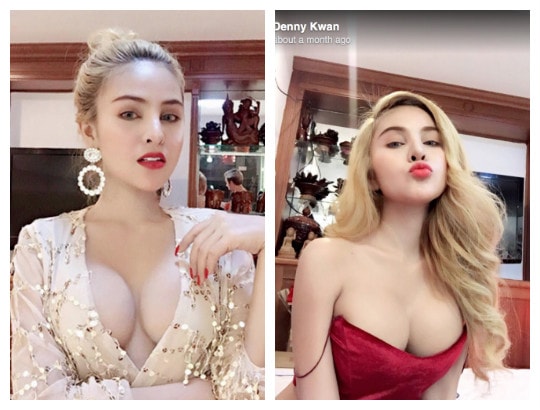 According to RT.com, chief of the disciplinary council, Chamroeun Vantha, said to The Phnom Penh Post:
“The council members decided to punish Denny Kwan by not [allowing her] any activities in the entertainment industry for one year, such as filming, karaoke and singing performances on TV.” The actress has accepted the one-year ban. 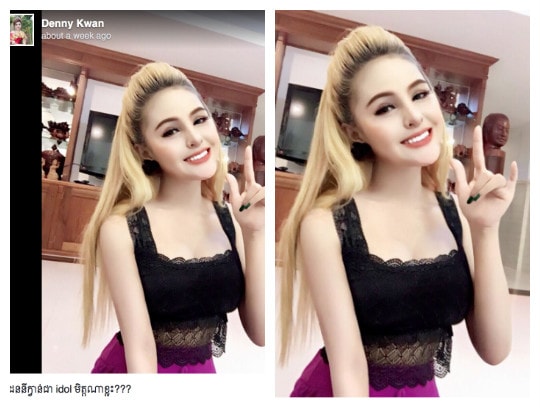 The actress now covered up
“I know it’s my right to [dress how I want], but our culture, Cambodian people, cannot accept it,” she said. “I will try not to be [as] sexy as I usually am when I post on Facebook.”The ministry claims the sanction was in accordance with its Artists’ Ethical Code of Conduct, which encourages artists to dress with their personal dignity and national identity in mind.

Those sentiments were backed up by Pon Putborei, a spokesman for the Ministry of Women’s Affairs who said that, as a public figure, Kwan doesn’t have the right to wear whatever she wants.
“She needs to be careful with our culture,” Putborei said.However Thida Khus, of women’s right’s group Silaka, described the situation as “gender discrimination.”
“This situation only happens to women, and it’s gender discrimination,” she said. “It’s a violation of gender equality. Women are the ones prone to this.”Conservative attitudes towards women are deeply rooted in Cambodian society. This is reflected particularly strongly in attitudes to women’s dress.

Women showing their legs is deemed shameful according to the chbab srey (rules for girls), which was taught in Cambodian schools until 2007 but is still partially on the curriculum in many schools.